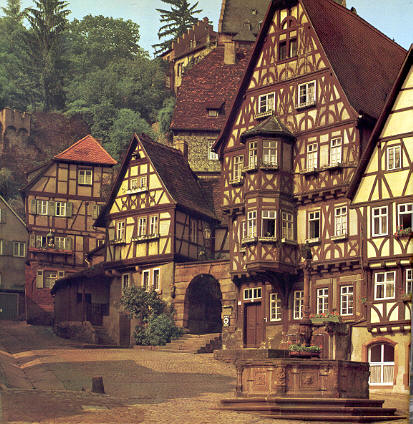 The world is a nationless anarchy teeming with city-states locked in desperate struggles over meager resources. Cultures in these cities tend toward austere, authoritarian, and apprehensive. In the wilds between these cities have grown the Inns, providing a respite for those rejected from society, the destitute that have fallen through the cracks, the loners without a home.

Though disowned by their original homes, the crowds collected at the Inns have become a draw for young nobles sowing their wild oats, envoys sent to hire those who ask few questions to accomplish questionable deeds or the rich hiring anyone to embark upon a journey too dangerous for them to undertake themselves.

Swampy Refuge is one such inn nestled in the pastoral floodplains below the Razorback Ridge Mountains. An aged building constructed through several ages includes a myriad of architectural styles, the massive building is now the home to a hardy breed of adventures. The owner Thered is often seen carousing in the basement from table to table, greeting the patrons and ensuring satisfaction as well as level heads. Brea and Mirabel float effortlessly through the crowds, bringing food and drink to the patrons, keeping spirits up and tempers down with well honed quips. The far side of the room is where Baelnar holds court, an old dwarf that has been spinning tales in the basement since Thered’s parents were young. As any new patron walks through the door, surveying the jovial cacophony they are likely to be greeted warmly from anyone nearby when they say:

I'm sorry, but we no longer support this web browser. Please upgrade your browser or install Chrome or Firefox to enjoy the full functionality of this site.